GET IN TOUCH WITH US!
info@hearofhadrianswall.com 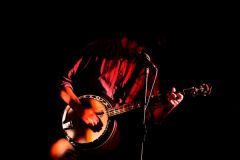 The region possesses a distinctive style of folk music, particularly noted for its tradition of border ballads, the Northumbrian smallpipe (a form of bagpipe unique to north-east England) and also a strong fiddle tradition. Northumbrian music is characterised by considerable influence from other regions, particularly southern Scotland, Ireland and other parts of the north of England.

There has been traditional and distinctive Northumbrian styles since the 18th century - More recently, Northumbrian folk music, and particularly the use of the Northumbrian pipes, has become one of the liveliest and most widely known forms of folk music in Britain.

Redefest is a community cultural and music festival that runs for one day in Augus...
Rochester
Read more

Bellingham All Acoustic or the Baa Club was established in August 2008. It is orga...
Read more

Promote accordion and fiddle playing in the Tynedale area with the emphasis on tra...
Hexham
Read more